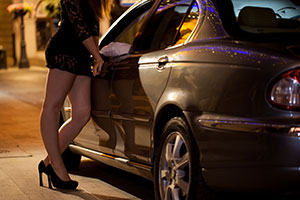 Often, people underestimate how seriously prosecutors take prostitution and solicitation charges. Florida prosecutors are tough on prostitution, and you can be charged even if you simply profit from it without being directly involved. The involvement of a minor can make the charges even more serious, and it also may result in federal charges. You should contact a Sarasota prostitution defense lawyer early in the investigation if you have been arrested under suspicion of this crime. At Hanlon Law, we are committed to protecting the rights of the accused.

Different penalties apply to a customer who is charged with a prostitution offense. They must complete 100 hours of community service, go to a human trafficking awareness class, and pay a civil fine. For a first offense, they will be charged with a first-degree misdemeanor, and they may face a year in jail, a year of probation, and a $1,000 fine. For a second offense, they will face 10 days in jail, as well as potentially five years’ imprisonment, five years’ probation, and a maximum of $5,000 in fines. A third prostitution-related conviction can result in a second-degree felony sentence involving a minimum of 10 days in jail and a maximum of 15 years in prison, 15 years’ probation, and $10,000 in fines. A Sarasota prostitution defense attorney can help you try to avert these consequences.

A police officer is allowed to testify as an offended person in any criminal prosecution of prostitution. Additionally, if you are charged with a prostitution crime, evidence about the place, building, structure, or conveyance involved, as well as the reputation of anybody living in it or operating such a place, is admissible to support the charge.

Minors cannot be arrested for prostitution or prostitution offers. Sometimes police are not aware of a minor's age when they arrest them and continue with the arrest. These minors are considered to be victims of human trafficking, and they are supposed to be protected. They can claim age as a defense. People involved in pimping out a minor may face additional charges related to lewd and lascivious crimes or other serious charges. Some sex crimes involving minors require someone convicted of them to register as a sex offender.

If you are an adult, there may be other defenses available. For example, it may be possible to argue that there was no agreement in place to offer money for sexual services. A key element of prostitution offenses is that there be an agreement to exchange money for sex.

Although prostitution is often called the world's oldest profession, it is significantly penalized in Florida. Prostitution charges or other sex crime charges, such as sexual battery, should be defended with the help of an experienced attorney. Our founder, Will Hanlon, has been providing criminal defense representation since 1994 and may be able to help. You can call Hanlon Law at 941.462.1789 or complete our online form.

Contact Us
Practice Areas
Client Reviews
★★★★★
As a practicing attorney, I was shocked to hear that a family member of mine was alleged to have committed a sex crime. Knowing full well the consequences this type of allegation can have on anyone and their future, I immediately reached out to William Hanlon for help... Jerry
★★★★★
Was on the ball. Remembered names, events, places, situations. Never need to re explain the situation. Keeps in touch through out the entire experience and keeps you feeling safe, comforted and protected. Fights hard. Worth every single penny. Would never settle for anything less than Will. Carrie
★★★★★
I was facing a charge that if convicted would carry two years in prison minimally. Not only was he empathetic and listening to what I had to say but he arranged with the prosecutor for my charges not to be filed under terms of a pre trial investigation. Would highly recommend. Alec
★★★★★
I am very happy for what he did for me. Always there when I needed him. Explained everything well. He Fights for his clients. He got me what I needed. Hes an excellent lawyer. Mutaz
★★★★★
Mr. Hanlon did what no other lawyer could do. Not only did he turn my criminal history into a thing of the past so I could move on, he was a loyal associate. No matter how bad the situation is, he has miraculously cleared me on every charge since he became my lawyer 5 years ago. I have the best lawyer that the legal system has to offer. I have had other really good lawyers try to get my business, but I know that no one can do a better job than William Hanlon. Jesse
View More
Submit a Law Firm Client Review